RE-POST: How Will the Summer of 2010 Play Out for the Chicago Bulls?

[Editor's Note: This was originally posted back in March, so a lot (I repeat: A LOT!) has changed since then. But it's still fun to look back.]


The "Summer of 2010" has been talked/written about extensively for the last 2-3 years. We know all the players and teams involved, and it has almost taken on a life of its own. But enough with the vague, hopeful claims - it's time to look into some realistic possibilities and probabilities for the Chicago Bulls.

Here are the teams with enough cap space to sign a free agent to a max contract:

(That info was harder to find than I thought, but I'll trust it because the numbers are fairly close to the numbers at this link and this link.)

Then I found this link from a more reputable source, HoopsWorld (note that this shows contracts, not cap space):


The Bulls made the list because they were able to turn Nocioni('s terrible contract) into Salmons and Brad Miller last season, then turn Salmons into expirings from the Bucks this year. Those moves freed up enough cap space to offer a max deal to a free agent this summer, so now we have to figure out which player that might be.

Here are the free agents (or likely free agents) heading into this summer (from my previous Summer 2010 post):

Obviously the Bulls (and everyone else) cleared space to go after 1 or 2 of the "Big 3" - and since there are 7 teams with max space (including the Knicks and Heat with space for 2), there will be a bunch of teams disappointed and settling for second-tier free agents. So which players will end up on which teams? Let's figure it out ...

The major issue is that these 3 (and any of the other FAs) can get an extra year (at $25M) if they stay with their current teams. That is a huge economic advantage for the Cavs, Raptors, Heat respectively and would be enough to keep almost anyone in any situation. But each of the "Big 3" have all kinds of money, so each could leave their current teams for different reasons.

Let me get this out of the way: I hate LeBron. I understand that he is the best basketball player on the planet, but I just don't like him. That being said, I'm sure I could learn to love him in a Bulls' uniform. I hated Rodman on the Pistons and hated Noah at Florida, and I have learned to embrace/love them.

So will he leave Cleveland? At first I thought it would depend on whether they win a title this year, but I'm not so sure that is the deciding factor.

The money is least relevant to him because he has a HUGE endorsement deal from Nike, and would probably make even more endorsement money in a bigger market. Plus, he wants to be a "global douche icon", which would be easier in a real city, like Chicago, NY or LA.

On the other hand, he is from Ohio, and would ruin basketball in Cleveland if he leaves before bringing them a title. So weighing both sides ...

I am pretty convinced that he will stay in Cleveland, but for a short-term deal so that he can keep the team on the hook to keep improving.

Chances LeBron stays or leaves?
Back with Cleveland: 80%
Leaves the Cavs: 20%

I initially had 85/15, but increased the chance of him leaving when thinking about the possibility of Dallas (or some other team) offering a sign-and-trade. That would allow Bron (or Wade or Bosh) to leave their city without completely destroying the team's hopes. So that is a possibility, and has Bill Simmons' has pointed out, something that Mark Cuban is hoping/planning to work on this summer.

If he does leave CLE, I assume he will go to the NY Knicks, which brings is to ...

I don't see him staying in Toronto. He is a legit star, but stuck on the only NBA franchise in Canada - and just doesn't get the credit/recognition he wants/deserves. I realize it would be difficult to leave $25M on the table - but Bosh has to be convinced that he could make up some of that through exposure and endorsements. Toronto tried to bring in some pieces and make a run at things this year, but it hasn't panned out and I see Bosh leaving.

I realize that it looks like wishful thinking from a Bulls fan, but I have legit reasons for each % above:

Toronto - possible he stays for the $25M.
NY - will only head there with LBJ, because the Knicks are so terrible that they have to get 2 of the Big 3, or they will get none.
Miami - Bosh could leave

(1) He leaves Toronto to come to a major city in the States (read: endoresement $$).

(2) The Bulls have been searching for a back-to-the-basket, low-post scorer for years, and Bosh has said that he wants to be "The Man" on his new team.

(3) The center he currently plays with (Bargnani) is a perimeter player. In Chicago he would play with a true center (Noah) who does all the dirty work (boards/protects paint), so he could focus on offense.

(4) he gets to play with one of the best young PGs in the league.

(5) He could basically "pick" his coach because there is no way VDN is back next year.

Chicago literally seems to have everything someone like Bosh could want, so I think there is a legit 50% chance he signs with the Bulls. (And yes, I can admit that part of that % is wishful homerism.)

Six months ago, I would have typed this:

And that would be it. Now? I have some doubts. Miami has a lot to offer: weather, no state tax, extra year for $25m, etc. Plus Wade already has major endorsements (Jordan, T-Mobile) because he is in a major market. But Miami lacks one crucial thing: a basketball team with any chance of actually winning a title.

Wade is a warrior, and more importantly, he is a winner. He kills himself every night to carry that garbage team, possibly even to the playoffs. (And that garbage team EMBARRASSED Los Bulls last night.) Part of him wants to win, and knows he might have to do that elsewhere. He sees other teams adding pieces to get better, and the best the Heat can do is/are get mentioned in some rumors. So I think there's a small chance he could leave.

I kept the percentages very highly skewed toward Miami, mainly because they have the space to offer Wade a max deal AND bring in another max or near-max player. If he does leave the Heat, I have no doubt he will come home to Chicago to form the greatest hometown backcourt in NBA history! (Again, I concede some homerism.)

So by my percentages, it looks likes the Bulls have a good shot at Bosh and a small chance to get Wade ... but I don't think they have any chance of getting both. So who will it be? (cue "Ace Ventura" voice) Finkle and Einhorn, Einhorn and Finkle? ... Wade and Bosh, Bosh and Wade? 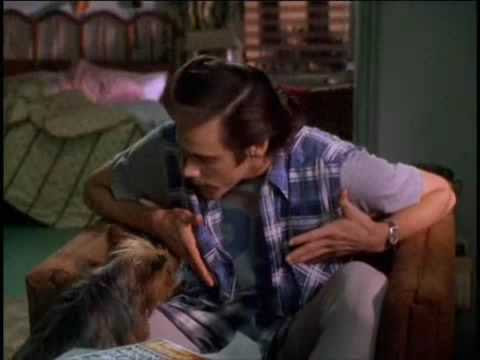 Obviously, either would be awesome in a Bulls uniform. Bosh would be the low-post player that the Bulls have coveted (cue Squints-voice from "The SandLot") FOR-E-VER. D-Rose and Bosh running the pick-and-roll would be a joy to watch. 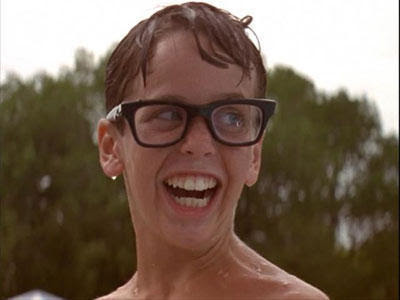 But Wade is more of a superstar, and comes pre-packaged with championship experience. Plus, he and Rose would complete the best hometown backcourt in NBA history.

Given this choice, in most cases I would say to pick the better overall player ... this is a superstar league and D-Wade is the bigger star. But even in my pre-season preview, I wrote (mostly playing devil's advocate) that the Bulls should not sign D-Wade (scroll to the bottom).


It's almost too hard to choose, mainly because landing either of these guys would be the greatest thing to happen to this franchise since the 1.7% ping-pong ball that landed us D-Rose. So all that being said, I'm pushing for Bosh. Wade might be better, but Bosh will drastically improve with our team (read: Noah and Rose). Plus, we have a better chance of getting Bosh (I think), so we might as well go all in on that front.


Assuming I am totally wrong about the "Big 3" - which of the second-tier FAs could/should the Bulls go after?