We all know CP3 is a slightly better passer, but I am going to attribute the change in Rose's numbers to what was asked of him in VDN's (lack of) offense. Last season, Rose was our best scoring option virtually every night, so his scoring was bound to make a big jump. But that all changes this year with the Bulls bringing in a new coach (presumably with an offensive plan) and the addition of Carlos Boozer. (Note: I'm painfully aware of Boozer's injury, more on that later.)

With Derrick Rose just turning 22 years old, and about to enter his 3rd NBA season, I'm not going to shy away from predicting big things for him. Maybe I'm overrating him, and maybe the comparisons are not fair, but here's another batch of D-Rose and CP3 (points and assists):

Year 3 is when CP3 made the jump and became an elite passer, and I was hoping for a similar-but-not-quite-as-big jump from D-Rose. Boozer being out for the first 15 games, and then taking time to adjust into the flow of the team, will surely hurt that. But I still expect an increase in D-Rose's numbers by the end of the season.

And now the fun stuff: D-Rose's improved J. DockSquad posted some great video that shows the slight change D-Rose made, basically everything (release and ball flight) is a bit higher:

And the normally quiet D-Rose even talked confidently about his newly-developed range:

Keep in mind that Derrick Rose is not the boastful type.

"It's there; I have a consistent 3-point shot now," Rose said Wednesday night. "You'll see. I just have so much confidence in my jump shot now. It's coming along so good. It's past even my expectations at this point."

That new confidence is a big part of what will help Rose take a big step forward this season (despite no real improvement on the 3-ball in the preseason).

Basically, more scoring and a slight increase in assists. Rose will be asked to take on more of the scoring to start the season (with Boozer out), and will continue to establish himself as a crunch-time scorer even when we have our full lineup healthy.

Err, um, Keith Bogans. I wrote Part 1 of this preview last month, and I basically assumed Bogans was an 11th or 12th man for the Bulls. And why not? He's 30 years-old and never had a PER above 11. Last year he averaged about 8 points per 40 minutes. And now he's our starter?! I think this is temporary until Brewer gets his timing back. So Bogans will play mnore of a role than I thought, especially if he continues to make 3s, but I'm sticking with my analysis of Brewer. As it stands, both of these guys will be depended on more for defense than offense. However, when it comes down to it, Bogans appears to have better range, while Brewer is the better slasher/finisher.

For Brewer, not really sure what to expect ... he hasn't been healthy in a while. Two years ago he played 81 games and put in 13p/4r/2a for the Jazz. Not exactly mind-blowing numbers from your starting 2-guard. But as I said, he's in there for defense, and will hopefully continue his career rate of 1.5-2 steals per game.

Haven't seen enough of him this pre-season to know exactly how he fits in the Thibs' offensive scheme, so we have to see. And as I said previously, he's currently coming off the bench behind Bogans, so I don't have great expectations from our SG spot. Who would have thought I'd be this upset wi missed out on JJ Reddick this summer?!

And for all the rips against Deng (not athletic, bad contract, etc.), he actually does a lot of things well (defends, rebounds, etc.). And his contract isn't as bad as you think. I'm picking Deng to thrive in the new system, and improve on his already-really-good defense at the other end. However, the addition of Boozer and improvement of Noah could eat into some of Deng's boards.

Nothing spectacular, but just what we expect from Luol. Consistently good production on a nightly basis. 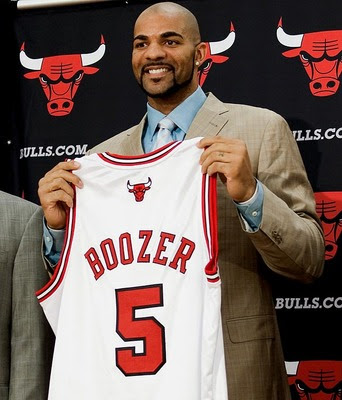 Maybe I should have my Taj Gibson analysis in this space? I think Boozer will come back with a flurry at the beginning of December, and help the Bulls get back on track after what could be a rough start. I love Boozer, and I know he has been a consistent 20-10 guy, but I see his numbers coming down a bit this year.

That's not to say he won't be great, because I think he was the perfect addition to the Bulls. The offense will be run through him, but part of that will be the pick-and-roll to get D-Rose going to the hoop, and him giving the ball up to open shooters (Korver/Deng). So while I expect him to be very productive, I see a slight drop in his overall numbers.

Like I said, not a huge drop from 20-10, but a slight decrease. And that shouldn't be cause for panic, but rather should be seen as Boozer accepting his role within the system and playing within the team. 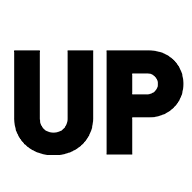 Another interesting summer for Joakim Noah. Rumors swirled that he (and Luol) would be traded to Denver for Melo. I was vehemently against it, until there were rumors Noah wanted to extend for 5 years and $70-75 million!! As much as I love everything about Joakim, aying $14-15 million per year seemed like a big mistake. But when Noah's extension was finally signed, it was reported at 5 years, $55-60 million + incentives. That's a fair offer for both sides, and I couldn't be happier to keep Noah in a Bulls uniform. He's someone you want on your team, after all, he knows who his friends are:

I realize that I'm here to provide analysis, but how can I do better than this ... ByTheHorns: 2010-11 Scouting Report: Joakim Noah:

But Noah was ready for the playoffs, during which he averaged 14.8 PPG (52 percent from the field, 94 from the line), 13.0 RPG adn 2.6 APG against a pretty ginormous Cleveland frontcourt. Unfortunately, the Bulls lasted only five games.

Still, as long as he stays healthy, I think Noah could become an All-Star this season.

I don't foresee Noah dropping 20ppg. That's not why he's here. But I do foresee continued improvement on his offensive game, as he has sneakily become pretty good at draining that 12-15 foot J, no matter how awkward it looks and spins.

A lot of people are predicting a slight decrease in rebounds with Boozer around. But I see Boozer biting into Deng's boards more than Noah's, so I don't predict much a of a decrease for the man in the middle.

Even with Boozer around, I see Noah slightly increasing both his points and rebounds.

It kills me to not predict 49 or 50 wins for this team, but I just can't predict a number quite that high. It was an incredible summer: rumors of LeBron (or Wade or Bosh), then rumors of trading for Melo, before finally landing Boozer a bunch of really good players for excellent contracts. And an obvious upgrade at coach, as we switch from VDN's lack of a plan/scheme, to Thibs' well-known defensive system and underrated offensive game-plan.

But, and there's always a "but" - this team is missing Boozer for the first 15 (+?) games, and it's a very tough bunch of games. The only non-playoff teams we face before the "Circus Trip" are: Pistons, Knicks, Warriors and Wizards; then the trip is ridiculous: @Rockets + @Spurs (back-to-back), @Mavs, @Lakers + @Suns (back-to-back), @Nuggets + @Kings (back-to-back) ... then home for Magic! Good luck with that, Bulls!

(And on that note, time for a mini-rant, courtesy of my friend Big Fil (which I'm paraphrasing and expanding): How long is the United Center / Barnum and Bailey contract?? We have been dealing with this 12-game road-trip at the start of the season for the last decade, which makes no sense. If it was 2-3 years it might make sense, but 10 years?! Couldn't the circus come to Chicago in October? Or September? Or August? How poorly was the planning that the UC would schedule a 20-day circus during the season for both of their main occupants?!? It's a ridiculous and unnecessary hurdle for the Bulls to overcome EVERY SINGLE YEAR! /end rant)

Playoffs: I definitely like the Bulls to get through the first round. The Hawks (who I predict to finish 5th below) are a really good team, but these Bulls can beat them in a 7-game series. I then have the Bulls running into the Heat.

I hate the Heat. HATE. THE. HEAT. But I cannot take the Bulls to beat them in a 7-game series. I do like the Bulls to push them to 6 games, hopefully wearing them down a bit for the Celtics in the next round.

45 wins and getting to the 2nd round might not seem like a very bold or optimistic pick, but it's a nice step forward for this Bulls team.

And just for good measure, my NBA predictions:


Thoughts + disagreements are greatly appreciated in the comments, or via twitter @bullbearsock